5 Ways a Lie Detector Test Can Help You 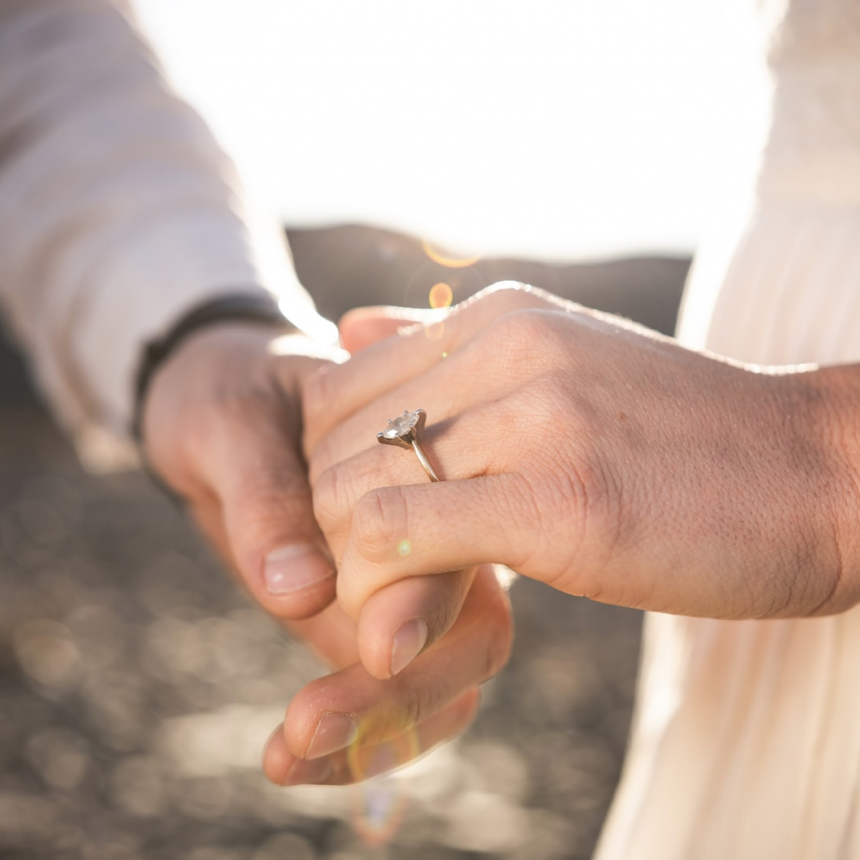 Polygraph tests, commonly known as lie detector tests, seem like something out of a spy movie to most people. What comes to mind is the image of two people secreted away in a darkened room, a complicated machine with lots of sensors and a graph of indecipherable wiggly lines. In the minds of many, the lie detector test is the exclusive territory of national intelligence agencies or modern mafia.

In reality, the polygraph test is a scientific process used around the world, for many varied purposes. It is used in both private and commercial circumstances as well as by government organisations. For example, the UK government allows probation services to use lie detector tests to assess detention of high risk individuals. This article will explore how polygraphs work and some applications of polygraph technology.

What is a Polygraph test?

A polygraph or lie detector test is a scientific process of measuring physiological symptoms to determine whether or not an individual is telling the truth. The science rests on the fact that when we lie, our bodies respond in physical ways which we are unable to control. Our blood pressure rises and our hearts beat faster. A polygraph test is 99.9% accurate when conducted in proper conditions by a trained professional. The name ‘polygraph’ indicates multiple physiological symptoms  represented on line graphs. These are interpreted together to provide a result.

Are lie detector tests legal in the UK?

In principle, polygraph tests are legal in the United Kingdom. Provided the person undergoing the polygraph exam is willing to take the test and not being forced, and the polygraph is administered by a qualified and licensed professional, there is no legal issue with the use of lie detector tests.

However, the results of lie detector tests can not be submitted to a court as evidence in a case. This is because of the perceived chance of registering false positives due to the stress of undergoing a polygraph exam. However, through proper questioning, there are many ways licensed polygraph technicians can account for these circumstances. 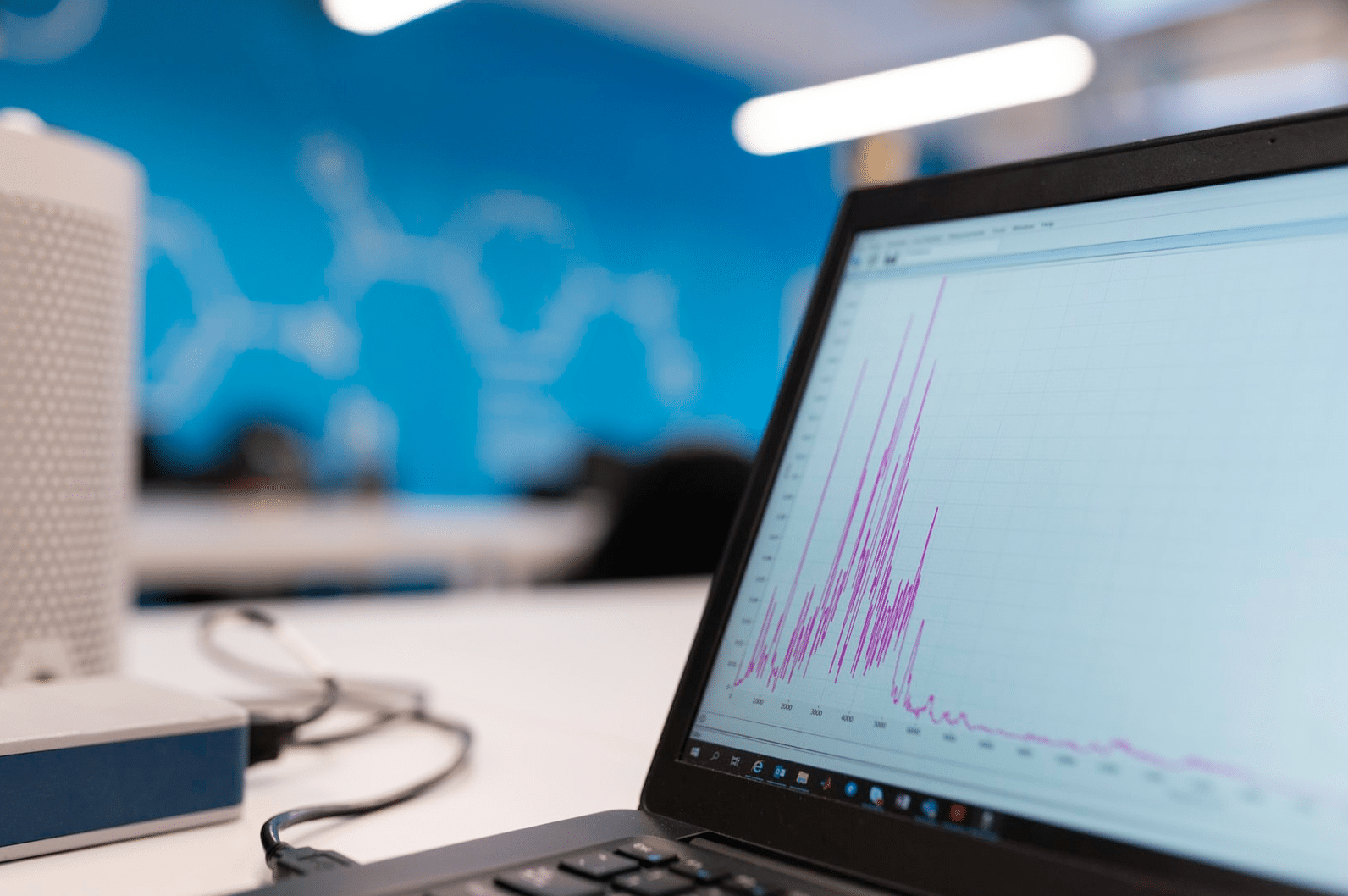 How does a lie detector test work?

By measuring the heart rate, blood pressure, breathing rate and perspiration over a period of questioning, the polygraph test produces a series of graphs to be read by a qualified examiner. By asking a few control questions to begin with, such as ‘what colour shirt are you wearing?’ or ‘how did you get here today?’, the examiner can get a read on how these physiological factors behave for the individual when they are telling the truth. The examiner can also ask the person to tell a lie in response to a harmless question, so that they can see what signs to look for in this person.

A lie detector test will usually take one or two hours to complete, and questioning will centre around three major questions. The examiner will ask questions around a target question from different angles, ensuring the individual is afforded no opportunity to tell a half-truth. For example, the question ‘Did you steal money from your employers?’ might not trigger a physical response, but ‘Was the amount stolen £100, £500, or £1000?’ might be met with signs of increased stress from a guilty person.

How are polygraph tests used in the UK?

Polygraph tests are used by law enforcement and probation services, but private firms can offer testing services for use in corporate or personal situations. While people may feel that widespread access to polygraph testing would lead to loss of privacy or increased surveillance by employers, this technology has been available in the public sphere for many years and is a legitimate procedure for those looking for concrete answers.

Most employees are hardworking and honest, but when disputes arise it can be difficult to know what to do. Polygraph testing of employees is rising in the UK, but while there is no universal standardisation it should not be used as the main evidence in a tribunal. Employees can decline to take part in a lie detector test, and this should never be taken as an indication of their guilt. Rather than using polygraphs as a catch-all for rule-breakers, employers would best consider polygraphs as a single part of a wider investigation, and as a last resort.

When recruiting new colleagues, business owners need to be certain of making the right choice and selecting a competent, qualified and hardworking candidate for each role. While most applicants will be honest on their CV, reports of fake degrees and qualifications, lies about experience and corporate espionage might make employers wary of taking people at their word.

Many companies in financial services or industries which deal with sensitive data are including polygraph tests as part of their pre-employment screening, to assess whether a candidate has been honest about their suitability for the job. By screening potential employees in this way, businesses save time on-boarding and training a new recruit and avoid paying a salary to someone who is ultimately going to cost the business money.

Shoplifting and theft by employees in the retail sector costs businesses huge amounts in profits each year, and creates a culture of disloyalty and mistrust among employees. If you suspect an employee is stealing, it might be worth considering a polygraph test to root out the problem before it grows. As with gross misconduct, it is best to consider lie detector tests as a part of a wider investigation. Business owners should start by discreetly narrowing down suspects using CCTV or surveillance, and interviewing employees face to face to find out what others know. 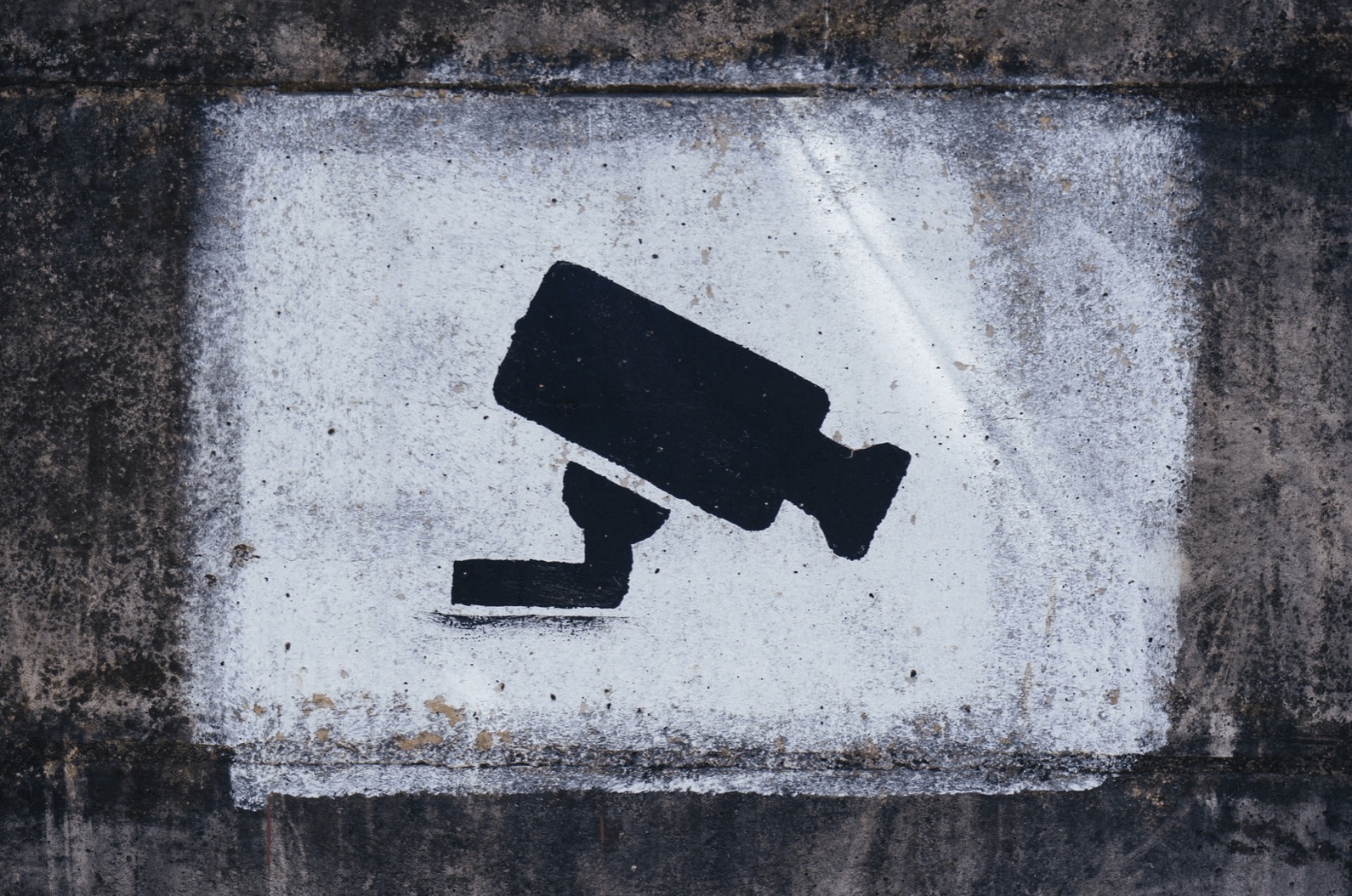 In a personal situation such as a marriage or relationship, suggesting lie detector tests can seem like drastic action, and many worry that it will cause a rift. If a polygraph test is really necessary, however, it is likely that trust has already broken down. For some couples, suspicion and dishonesty can create mistrust in every aspect of the relationship. At a point, the only way back to a trusting, committed relationship might be to get all the cards on the table and have the certainty of the truth. A polygraph test can help people feel secure in what their partner or spouse has been telling them, or confirm suspicions that have caused damage to the relationship.

A polygraph test can only be undertaken if the individual agrees, and is not admissible in court as grounds for divorce or custody of children. However, using a lie detector to find out if your husband or wife is cheating can give you peace of mind and clarity, allowing you to make appropriate decisions for yourself and move on from the situation.

It is also true that when a partner is consistently dishonest, their spouses mental health suffers. Polygraph testing can help individuals in toxic situations of gas-lighting and psychological abuse to regain faith in their own judgement and begin to heal. 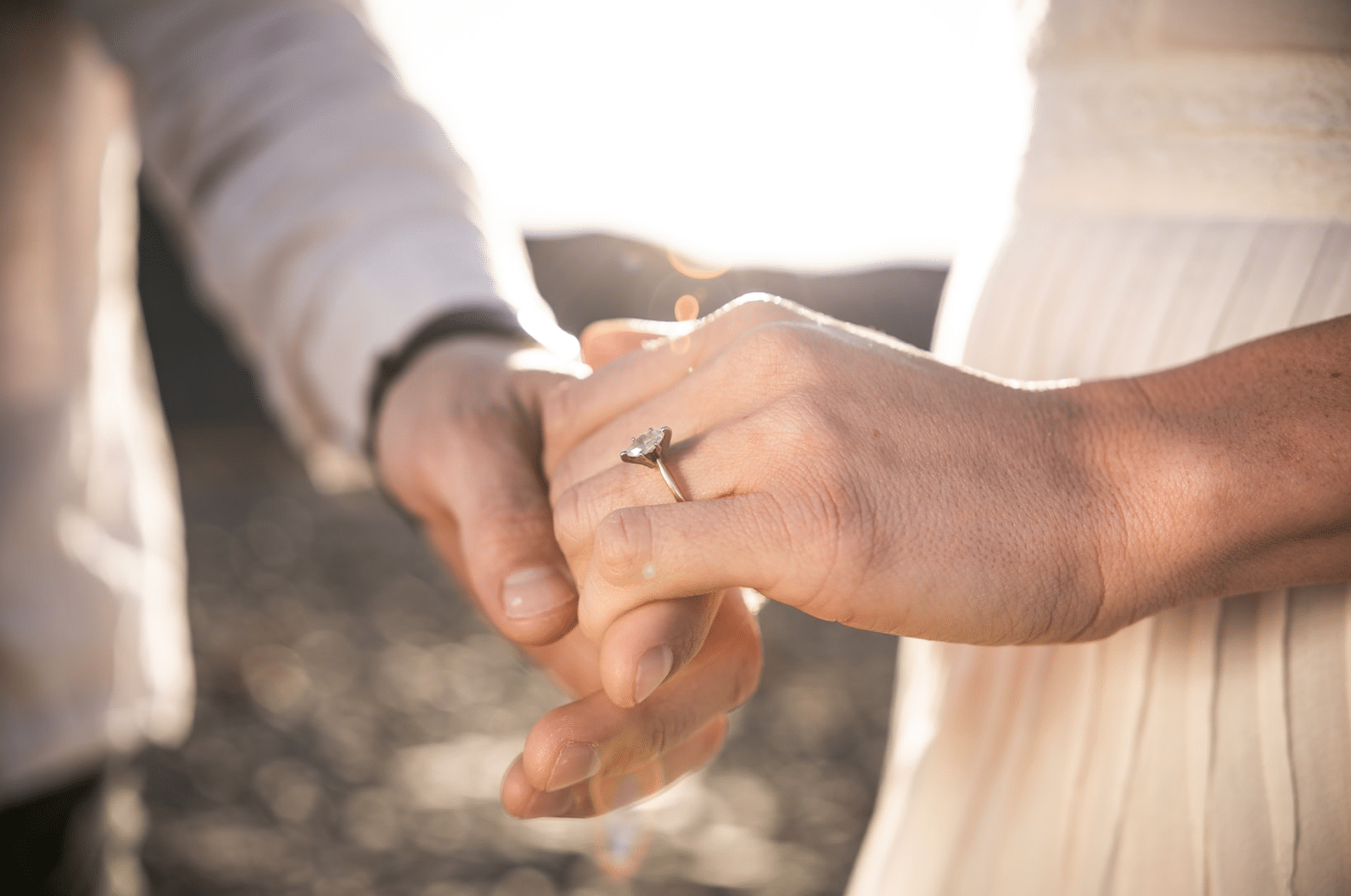 Clearing your own name with a polygraph test

In the event that you find yourself accused of something you did not do, either in a corporate or private setting, volunteering for a lie detector test is a bold statement of integrity. In high-stakes situations, for example where you have been accused of fraud or infidelity, it may be possible to clear your name with a polygraph test. While the root cause of the mistrust might not be wholly repaired, scientific proof that you are speaking honestly can help people reassess their assumptions and premises, particularly in cases where workplace bullying or prejudice has played a role. 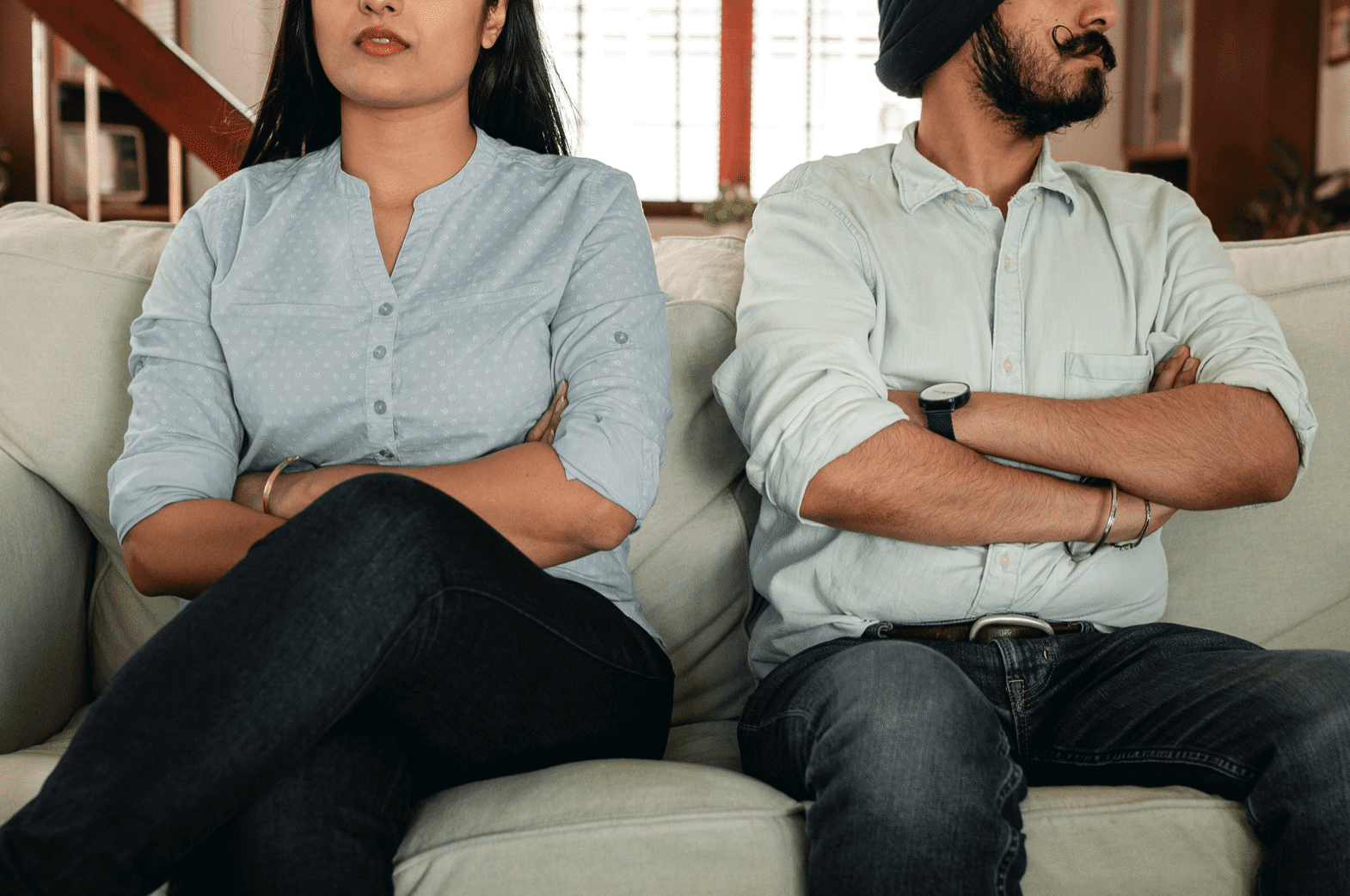 Whether you are looking into polygraph or lie detector tests for corporate or personal reasons, there are many applications of this technology which can assist you in your investigations. Polygraph testing, when conducted properly by a trained and accredited examiner, is highly accurate and gives instant results. It is an awful experience to have lost faith in someone you once trusted, even if your relationship with them is professional. When a situation similar to those listed above arises, the fastest way to get clarity is through a lie detector test.

At Reveal PI, we offer private polygraph exams to both individuals and corporations. Our trained and accredited professionals are members of the British and European Polygraph Association, guaranteeing the most accurate results possible. We conduct our lie detector tests in a controlled environment, and will communicate with you about arranging a test in a discreet manner, either with unmarked envelopes or using password protected file sharing when we deliver your full report. For more information on our Polygraph services visit Lie Detector Test (Polygraph) Trained & Accredited Examiners.