One way we can assist private companies is by gathering information about employee-related issues, such as injury claims, long-term sickness and moonlighting.

Theft in the Workplace

Overview Theft in the workplace is not something that every company has experienced, however, not experiencing theft doesn’t mean that the company is not at

Think tackling an employee investigation can be a sensitive matter, how about a pregnant employee suffering with severe morning sickness? Find out how we got to the bottom of it without leaving our client feeling like a bully

Proving an employee is moonlighting

Sales staff are often given the freedom to spend their time with clients rather than in the office and this freedom works for many but unfortunately is abused by some. An employer asked us to determine whether a member of his sales team was lying about the hours he was working, we discussed the possible options and worked closely with their HR director to establish what criteria we would need to prove the employee was lying and what steps we would have to take. Looking through the employment contract we agreed that the staff member needed to be informed that due to performance related issues the company had the right to launch an investigation, once he had been informed the company waited a short period of time and felt that the performance had not improved and that the investigation was warranted. As the staff member had been informed an investigation may take place we took extra precaution to prevent our team from compromised, the use of the vehicle tracker allowed us to pursue him from a safe distance and confirm that he was lying about the hours he was working and also coercing clients he had a good relationship with to corroborate his story. 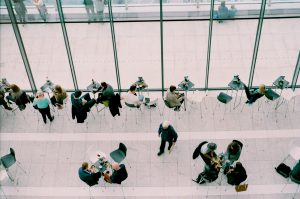 Our client were renowned for their high staff retention and took pride in their development programs, training days and support systems. In spite of this they found that a member of staff from the most recent round of hires didn’t seem to be progressing, they offered all of the usual support but the employee was unwilling to persevere and left the company. How did they react when rumours spread that he had stolen business intelligence to poach their clients? 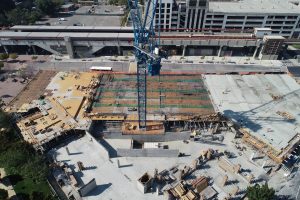 In business it is very common to offer incentives and discounts in order to take on new clients and new work however the line is drawn when the incentives are being received by an employee rather than by the company as a whole. An architectural firm had been running successfully for a number of years until one of the business partners was contacted by a contractor they had used on a previous project, the contractor claimed that his business partner had been taking cash from the contractors in order to secure further work. Specifically he claimed that he had quoted £70,000 for a job and had been convinced to pay £5,000 cash to the business partner and then add the £5,000 to the cost of the job so he wasn’t out of pocket. From the contractors point of view he only had to fork out money he was going to get back upon payment and would secure a large job for his firm. We worked with our client to scrutinise the previous invoices and highlight where there had been unjustified price rises to highlight contractors we suspected may have a similar deal. As a new project started we monitored the suspected business partner and three of the primary contractors for a number of days and found them meeting at a rural pub to make cash payments.

The managing director of a logistics company contacted us as they were concerned about a member of staff who suffered a light injury at work. a week later he received contact from a ‘No Win, No Fee’ legal firm, stated that his employee was unable to work and were taking legal action. With an inkling of foul play, but no evidence to back up their suspicions the employer contacted Reveal Private Investigators for some advice. Find out more about our Private Investigators were able to stack up a case against this fraudulent warehouse worker.